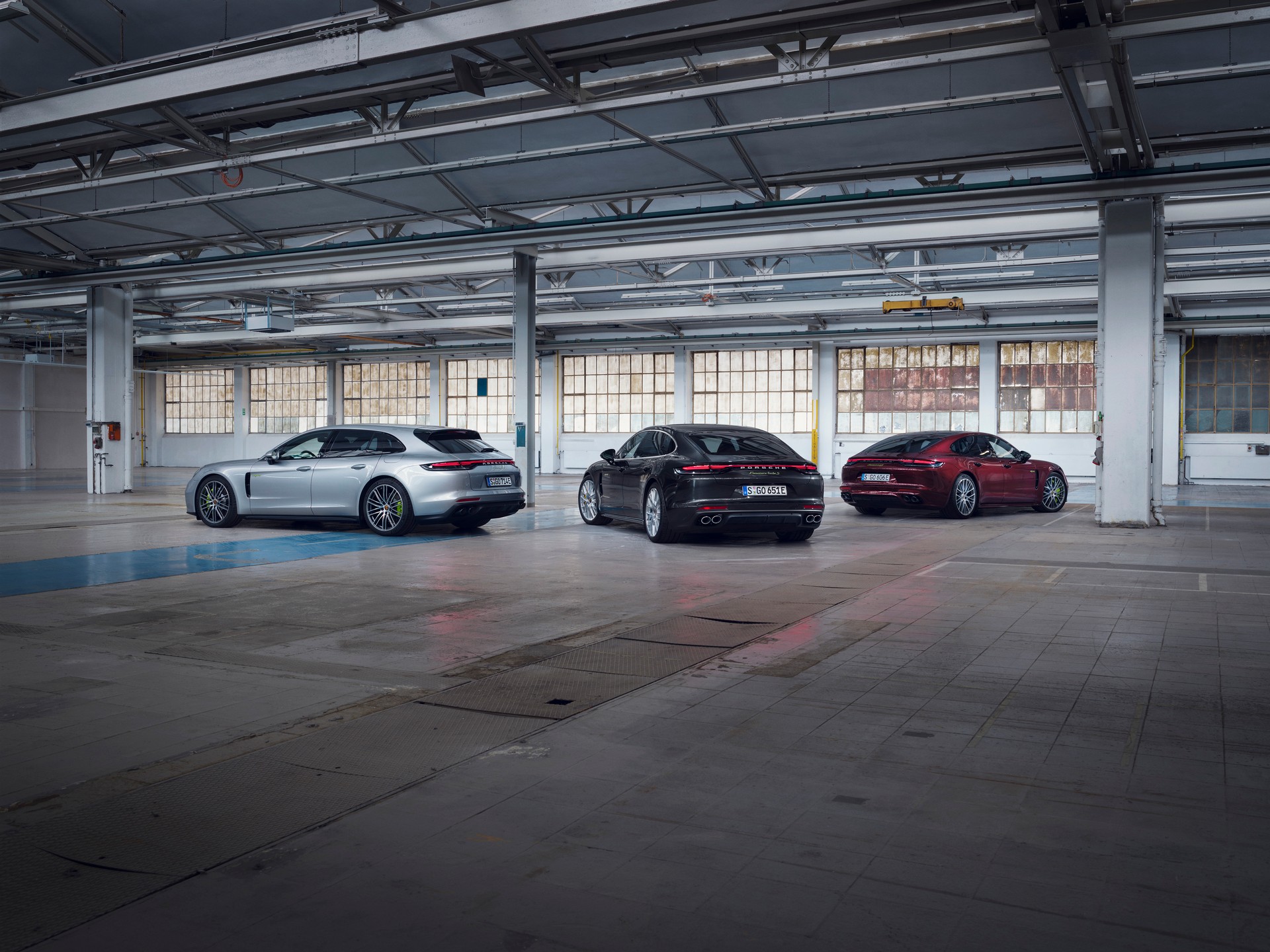 Porsche just introduced the facelifted Panamera in August, and now the company is adding refreshed hybrid variants to its portfolio, the most notable being the new range topper – Panamera Turbo S E-Hybrid. Besides some light design tweaks, it now develops even more power and is therefore curently the second most powerful Porsche available just behind the mighty Porsche 911 GT2 RS.

Its powertrain, which consists of a 4.0 liter V8 with 571 HP and an electric motor with 136 HP, has been tweaked to produce 20 extra horsepower over the last version, giving it a total of 700 HP and 870 Nm of torque. For a big and heavy luxury saloon, those numbers are just mind blowing, with the performance numbers being even more insane. Acceleration from 0 to 100 km/h is dispatched in little over three seconds, before hitting the top speed of 315 km/h.

Its not all about the power tho. New range topping hybrid Panamera also features larger 17.9 kWh battery pack, giving it a longer all electric range, which by WLTP standards now stands at 50 kilometers. This also means better fuel efficiency, which can make this mighty beast actualy pretty frugal.

Besides the most powerful hybrid Panamera, Porsche also added the least powerful one to its portfolio. The new Panamera 4 E-Hybrid slots just beneath recently introduced Panamera 4S E-Hybrid and has a twin-turbo V6 engine which together with an electric motor develops a total of 461 HP. That is enough for a 4.4 seconds dash to a 100 km/h, and a top speed of 280 km/h. The less powerfull version also gets new, bigger battery pack, giving it an electric range of 56 kilometers and even better fuel efficiency. That said it is probably the best pick of the bunch, with having ample, usable performance, while also being quite economical.