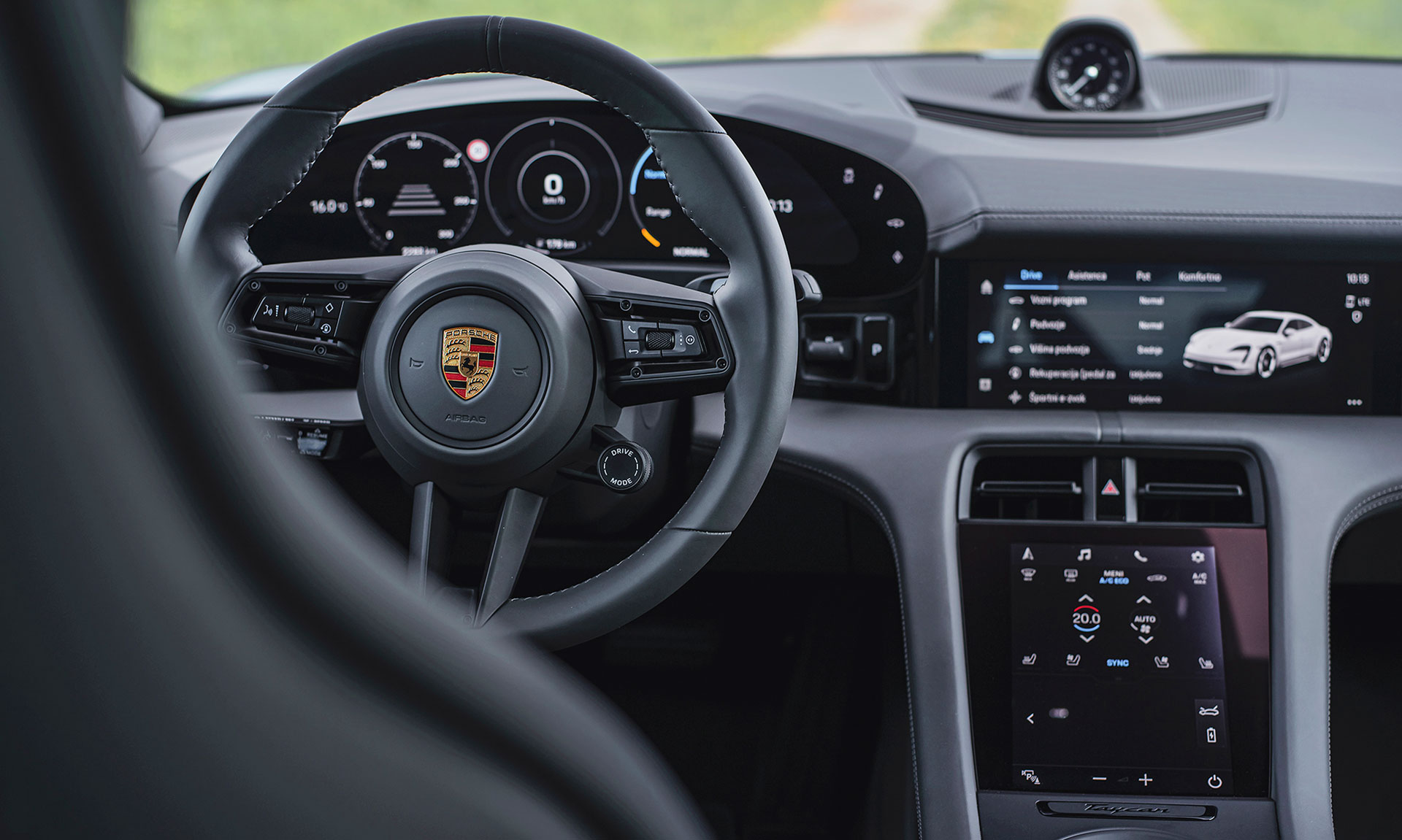 By Luka Janežič24. September, 2020No Comments

The performance benchmark brand from Stuttgart is in the middle of a huge shift towards electrification, which aims to position the brand itself firmly into the future. Porsche has already offered an impressive portfolio of plug-in hybrids, including hugely capable Porsche Panamera Turbo S E-hybrid and outstanding hybrid hypercar – Porsche 918 Spyder. But 2020 marks the year they made their biggest and the most important step towards achieving their goals.

We are, of course, talking about the brilliant Porsche Taycan, Porsche’s first fully electric car. Oozing with Porsche DNA, Taycan itself already rewrote the rules about how electric cars should drive and also offering a glimpse into the brands future. Instant, fast, well built, modern and perfect handling are just few words that come to mind when describing a car, that put Porsche firmly on the map of electric car manufacturers. With Turbo S variant having 761 horespower and monumental 1.050 Nm of torque, performance is the least of your concerns. With 2.8 seconds from standstill to 100 kilometers per hour and 260 km/h top speed, it is a fierce rival even for traditional german ‚über‘ saloons such as BMW M5 or Mercedes AMG E63 S.

And that is just beggining. Porsche says that they have a very clear strategy fot the next 10 to 15 years. While a petrol engines like the ones in 911 range will still have their place in their portfolio, main focus is now on hybridisation and producing of some new and interesting fully electric vehicles. A good indicator about their intentions is also an impressive 15.5% stake at Rimac Automobili, a highly respected and inovative company from Croatia, with specialises in battery technology and electric drivetrains. Porsche-Rimac partnership might not have had a major influence on creation of Taycan, but it will be crutial on Porsche’s next big project – a fully electric next generation of their smallest SUV – Macan.

For now Porsche is already readying some kind of off-road estate version of Taycan called Cross Turismo. It will offer more space and some off-road capability, but it is the all electric Macan that is their next big project and curently their main focus regarding electrification of their portfolio.

Besides Taycan Cross Turismo, all electric Porsche Macan is their next big step towards fulfilling their company’s emissions goals.

After the Macan, next in line for all electric treatment are the 718 twins, Boxster and Cayman. Porsche says that 911 will thankfully still remain petrol powered for quite some time, but 718 platform is just perfect for their first venture into electric sportscar market. In faclifted 992.2 which we will probably see in about three years time, 911 model will gain some hybrid assistance, but no fully electric 911 is planned. As for the next generation, nobody knows.